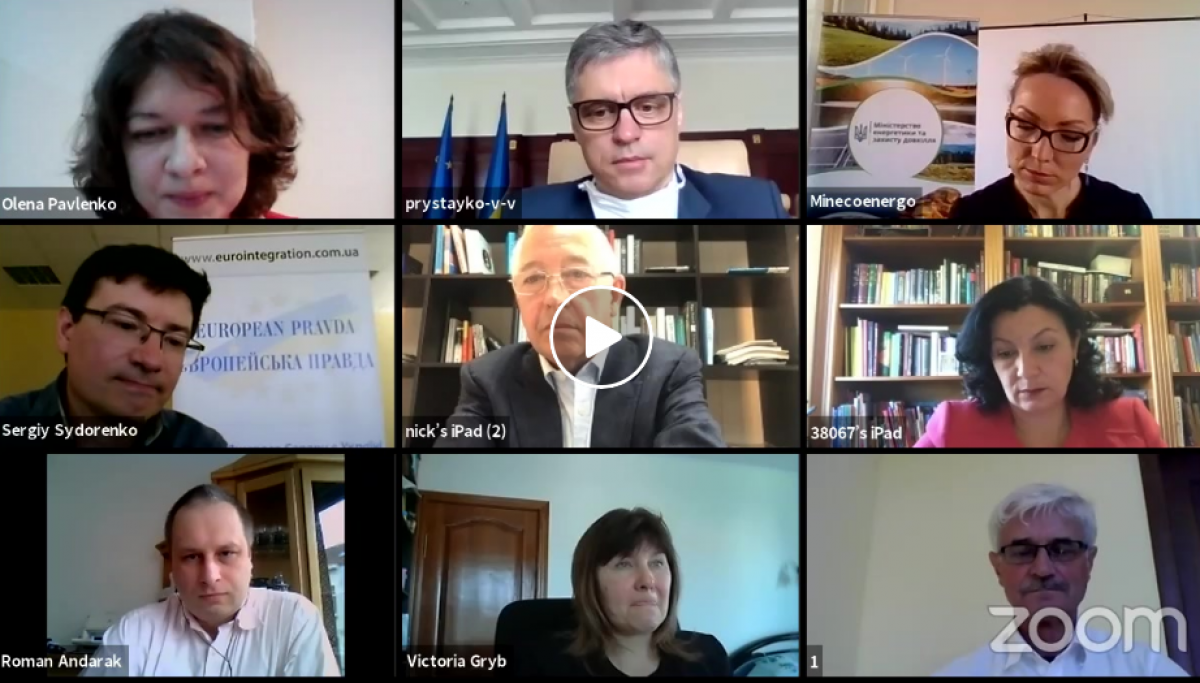 Online discussion from DiXi Group: how energy legislation is being harmonized with European standards

The implementation by Ukraine of the “energy” Annex to the Association Agreement with the EU, what the future action plan will look like and how to improve the very mechanism of implementing this document – these were the points which were discussed online by Ukrainian government officials and parliamentarians, representatives of the European Commission and the Energy Community Secretariat, Ukrainian and foreign experts. The discussion “Implementation of Annex XXVII to the Association Agreement: Progress, Challenges and Opportunities” was held on 28 April by DiXi Group.

To achieve the progress, we need a trilateral interaction: Ukrainian government, European Commission and Energy Community, Ivanna Klympush-Tsyntsadze, Chair of the Verkhovna Rada Committee for Integration of Ukraine into the European Union, said at the beginning of discussion.

“We are interested in ensuring that our energy markets operate according to clear, comprehensible, predictable and transparent rules, like in EU member states. It would enable us to deoligarchize, and therefore, demonopolize these sectors, develop competition in them and become more resistant to external impacts,” Ivanna Klympush-Tsyntsadze noted.

In her opinion, the parliament will have to change its procedures to ensure conformity with requirements of the “energy” annex to the Association Agreement with the EU.

“We will no longer be able to work in the parliament on the basis of gentlemen’s agreements. We need to change the rules of procedure. We expect draft laws to be submitted to the Verkhovna Rada together with conformity tables. Unfortunately, government acts are subjected to analytical work only in the heads of experts, and this situation does not permit to achieve real conformity of government initiatives with European legislative acts,” she said.

According to the “energy” Annex, Ukraine is required to agree with the European Commission its revised legislation which regulates the energy sector (to learn about how draft laws will be endorsed, see: infographics from DiXi Group concerning Annex XXVII).

Speaking about achievements, the participants noted the work on certification of Ukrenergo NPC and the progress in integration of Ukraine’s IPS into European energy system, ENTSO-E. The Energy Ministry even wants to accelerate this process.

“Technical synchronization with European system, ENTSO-E, is a very important aspect. We have a government-approved action plan allowing for technical synchronization. This plan seats the deadline: 2023, but we will work on shortening this deadline,” Olha Buslavets, Acting Minister of Energy and Environmental Protection, stressed during her online speech.

She emphasized that not only technical but also market integration is important for Ukraine. “It would allow us to open the borders and truly develop competition,” Mrs. Buslavets said.

She also noted, when speaking about the “bottlenecks” of cooperation, the procedures of endorsing Ukrainian legislation by European institutes within three months.

“We have urgent issues in the energy sector, which will be very complicated by this endorsement period,” Mrs. Buslavets noted. “Therefore, priority must be given in these procedures to certain projects and acts which need to be approved immediately, or a simplified approval procedure must be opted for,” she continued.

Moderating the online discussion, DiXi Group President Olena Pavlenko said that the EU must inform Ukraine about all changes in the directives which concern implementation of Annex XXVII to the Association Agreement. In turn, Ukraine must hold consultations with the EU regarding the regulatory acts developed within the framework of that Annex.

“The Verkhovna Rada ratified the updated Annex in June 2019. Its implementation must facilitate a complete integration of Ukrainian electricity and gas markets into the EU. The Verkhovna Rada ratified the Annex as a part of the Association Agreement, but the government is not in a hurry to carry it out. Because of that document, the EU can block the passage of laws not conformant with the Association Agreement,” Olena Pavlenko reminded.

The event was held by DiXi Group with financial support from the International Renaissance Foundation and with the assistance from the Verkhovna Rada Committee for European Integration.Information partners of the event included Ukrainian Energy and European Pravda online publications. The discussion was streamed live on DiXi Group’s Facebook page and on Ukrainian Energy website. The video record is available for viewing at https://bit.ly/3bMNHke