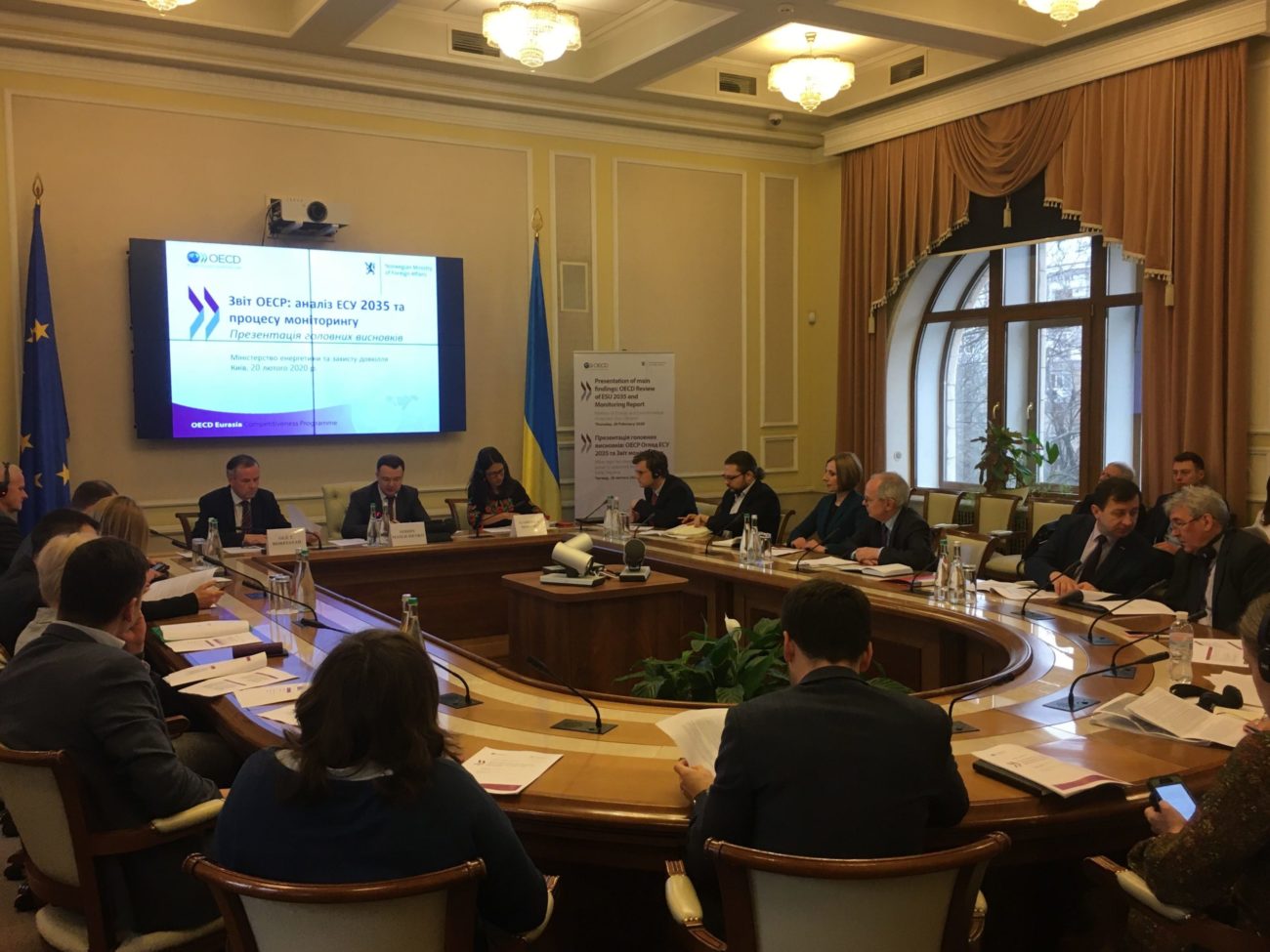 The report “OECD Monitoring of Ukraine’s Energy Strategy until 2035” is published on the website of the Organization for Economic Cooperation and Development (OECD). DiXi Group experts were involved in the OECD work on the development of Framework Monitoring Methodology for the Report and baseline assessment of the commencement of the implementation of the Energy Strategy.

The draft Report was disseminated among Ukrainian stakeholders in January 2020, and its updated version was discussed during an event in Kyiv on 20 February, which presented an analysis of the first phase of the strategy. The Report has been finalized and recently appeared on the organization’s website.

For the first time, DiXi Group experts worked in the project team, discussing the approach to the methodology, forming the methodological framework, and then describing and thoroughly evaluating all 344 indicators. The DiXi Group Analytical Centre also organized focus groups to discuss the methodology with all stakeholders, from government officials to independent experts. Experts were also involved in preparing the Report on the basis of research results, questionnaires, personal consultations and materials provided by stakeholders.

The detailed OECD Report on the results of monitoring of the implementation of the Ukraine’s Energy Strategy until 2035 and the developed recommendations can be found at the following links: Ukrainian version, English version.

The work was performed by the OECD with the support of DiXi Group under the project “Support to Energy Sector Reform in Ukraine” for 2019-2021. The project aims to support the efforts of the Government of Ukraine to reform the country’s energy sector by improving the investment climate, corporate governance of state enterprises, support of competition and introduction of anti-corruption practices in the sector. The project is implemented by OECD with the financial support of the Norwegian government.