A comprehensive approach to reforms of the electricity and gas markets can only be welcomed. It’s a pity it took so long for changes to materialize, though.
22 NOVEMBER 2019 read on 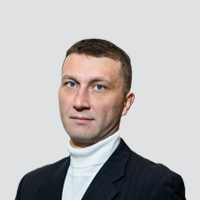 A strategy to overcome energy poverty is needed

While presenting the draft budget for 2020, Yuliya Sokolovska, Minister of Social Policy, stated that the government did not change the criteria for the allocation of subsidies, nor did it intensify checks on applicants’ revenues. Similar statements are made by government officials certifying their inability to offer the public a long-term strategy to overcome energy poverty.
06 NOVEMBER 2019 read on

As soon as production sharing agreements are signed between the government and the tender winning companies, the essential terms and conditions of the agreements should be made public.
01 ЛИСТОПАДА 2019 read on

After the launch of a new market, retail electricity prices for various consumer categories went up by 5-30%. Therefore, the government’s recent decision concerning imports from Belarus and Russia may produce a certain positive effect in a short term, first of all, for large consumers. Development of competition and the strengthening of consumers have been, and still are, some of the key goals which reform of the domestic electricity market had to attain. In turn, these factors had to result, via the action of market mechanisms, in optimization of prices, increasing quality and reliability of power supply.
07 OCTOBER 2019 read on

Separation of the GTS operator

During the talks, the Russians have not only been introduced to the future GTS operator but were also given the roadmap for the completion of unbundling process
26 SEPTEMBER 2019 read on

Ukraine needs an own version of gas contract, and not just with terms

Contracts signed under duress have always contained threats for the party forced to sign them. The existence of an own vision of cooperation laid down on paper allows to minimize this risk.
02 SEPTEMBER 2019 read on

Does Europe hear us? And do we hear it?

Do journalists, politicians and experts in EU states talk about the role of Ukraine in Europe’s energy sector? Did they discuss all risks for the EU from the construction of Nord Stream 2?
23 AUGUST 2019 read on

Attracting quality investors in the Ukrainian oil and gas sector

This year, the government launched a tender for entering into a production sharing agreement (PSA) for the Dolphin oil and gas site on the Black Sea shelf. Only four proposals were received for two months from Caspian Drilling International Ltd., Frontera, Trident Black Sea and Ukrnaftoburinnia PrJSC. The interagency commission could not decide on the winner of the tender until Azerbaijani Caspian Drilling International Ltd. has withdrawn from the tender.
29 JULY 2019 read on

The increase of own oil&gas production is not only a contribution to energy security of Ukraine, but also an opportunity for the development of economy, of the own energy market. This fact becomes more and more obvious, however only in recent years significant steps have been taken to implement this strategic course.
11 APRIL 2019 read on

Prospects For Achieving Energy Independence In Terms Of Gas Industry

Nowadays energy security is one of the most important priorities of Ukraine, with natural gas market included. Current gas imports covered by the domestic gas production capacity will allow Ukraine to be independent from the export market conditions, significantly decrease the currency market pressure, and get rid of the Russian Federation’s black marketeering.
24 JANUARY 2019 read on
Show more