Management trap: who and how will implement energy strategy?

Central executive authorities are formed by a principle created by an unknown person, and each government makes this puzzle even more complicated. Let's take, for example, authorities in the energy sector: we have at least the Ministry of Energy and Coal Industry, the Ministry of Regional Development, partly the Ministry of Economy and certainly the State Agency for Energy Efficiency and Energy Saving.
18 SEPTEMBER 2015 read on

Gazprom’s hybrid approach has not paid off

Gazprom's attempts to adapt to the rules of the game on the European markets hide intentions to manipulate them to its advantage. This is evidenced by the results of the first-ever auction for selling Russian gas to the EU, said Roman Nitsovych, an expert of the DiXi Group Think Tank.
16 SEPTEMBER 2015 read on

The long preparation for the heating season, provided by the warm autumn weather, ended with a sharp drop in temperature.
16 OCTOBER 2015 read on 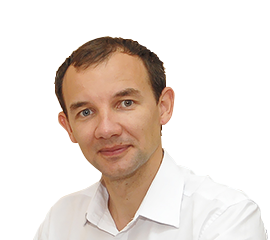 Today, there is a fairly axiomatic statement that privatisation cannot be effective without involving foreign investors. International companies have financial, managerial and technological capabilities for transforming the energy sector of Ukraine.
15 SEPTEMBER 2015 read on

The talks in Vienna that took place last week resulted in no arrangements on clear conditions and terms of allocating funds on the European part to pump gas in storage for the autumn-winter period.
07 SEPTEMBER 2015 read on

Andrii Herus: the regulator ought to cut its functions

Ukraine will need Russia again this winter. Volodymyr Demchyshyn, the Minister of Fuel and Energy, has pointed out: "if we cannot agree on the covenants of the gas contract with the 'neighbour', we will be forced to shut heating and electricity down." At present, most of Ukraine's heat and electric power generating plants have run out of coal, and already in August have set to use the 'black gold' reserved for the winter.
07 SEPTEMBER 2015 read on

To date, one of the iconic moments of reforming the Ukrainian energy sector is the recently adopted law on natural gas market. This is an example of not just endured cooperation of many stakeholders, but also quite successful project according to the legislative standards for the gas industry in the country, says Anton Antonenko, an expert of the DiXi Group Think Tank.
07 SEPTEMBER 2015 read on

After a failed voting on Draft Law No. 2966 "On the National Commission for State Energy and Public Utilities Regulation" in June 2015, a strategic advisory group was created at the initiative of the DiXi Group Think Tank for revising, eliminating the risks and finding consensus in the draft law. The group consists of people's deputies from different factions, Ukrainian and international experts in this area.
07 SEPTEMBER 2015 read on

New political season must pass under the sign of reforms

The beginning of a new political season, burdened by election campaign, is a challenging period for reforms, but their postponement is even a worse scenario. Roman Nitsovych, an expert of the DiXi Group Think Tank, told about the expectations regarding the work of the Verkhovna Rada, the Government and the President in the coming months.
07 SEPTEMBER 2015 read on

Ukrnafta cannot be saved without transparency

The new management of Ukrnafta has to demonstrate new standards of transparency, for example to publish an employment contract of a new Chairperson of the Board. Such opinion was expressed by Roman Nitsovych, an expert of the DiXi Group Think Tank.
24 SEPTEMBER 2015 read on